The primary purpose of QUIDNON is to serve as a floating residence. As such, it has to provide all the usual services that normally involve electricity: refrigeration, lighting, communications and the ability to charge mobile devices (cell phone, tablets, laptops). Where the energy for all this comes from depends on where the boat is. While marinas provide shore power (in North America this is either 30A or 50A 110VAC), this power is unavailable when living at anchor or at a mooring (the two most economical ways to live, since in many places, in Northeastern US especially, marina slip fees can add up to almost as much as renting an apartment on land.

With this in mind, I plan to equip QUIDNON for both marina living and for anchoring out. The elements I intend to use to piece together this system are all proven ones—I have used them all and found that they work and hold up extremely well. They are also all relatively cheap, by virtue of the fact that the word "marine" does not occur in their product descriptions.

When living at the marina, the usual procedure is to plug in a shore power cable and leave the battery charger on all the time. This keeps the batteries topped off all the time and in the fully charged state they last a very long time. Should shore power ever fail (because of a black-out or a transformer blow-out) the batteries provide uninterrupted power. When setting up a boat for marina living, it is very important to replace the stock shore cable plug with a SmartPlug, because the stock plug tends to burst into flames and burn the boat down. This almost happened to me—twice! 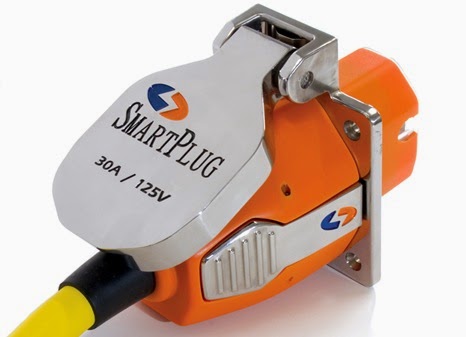 When living at a mooring or at anchor, QUIDNON has to generate its own electricity. During the summer months solar panels provide plenty of juice, but during the winter, when there is little sun, and when the solar panels are often covered up by snow, having a wind generator is very helpful. The usual procedure on yachts is to mount the wind generator atop a 10-foot pole, but that really doesn't get it up where the wind is strong, limiting its usefulness. On QUIDNON, there is not even a place to put a 10-foot pole that wouldn't interfere with the sails or the sheets, and so the only place to put wind generators is atop the masts, where there is room for two of them. This configuration is not recommended while sailing out on the ocean: the amount of windage and weight up top would pose a danger. But since the masts are easy to take down and put up, it's quite possible to have two configurations available, one for shoreside living, with two wind generators up top, and another for cruising, with the mastheads taken up with VHF antennae, nav/anchor lights and a wind instrument. 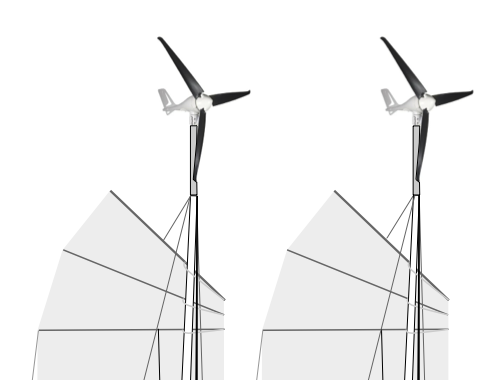 My favorite choice for a wind generator is a Sunforce 44444 which puts out a maximum of 400W (though it hardly ever blows that hard). Previous versions haunted the harbor with an interesting wailing/keening/whispering noise, which scared off seagulls, cormorants and neighbors alike, but the carbon fiber blade design has since been improved, and the latest version is quiet enough to use in a marina. 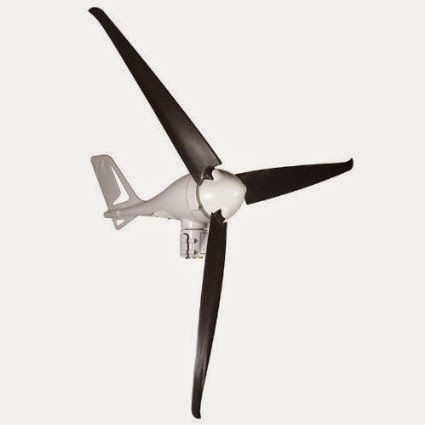 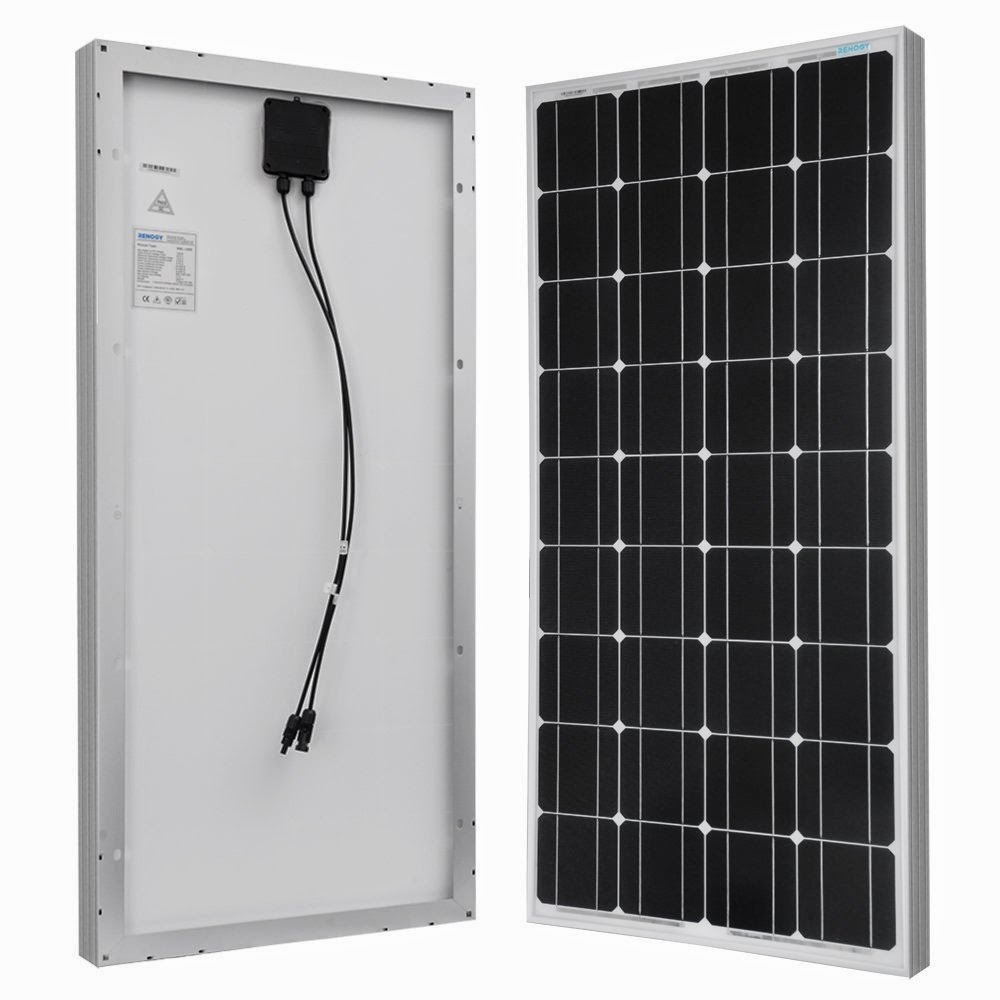 They are manufactured with a strong aluminum frame, and bolt down nicely to aluminum square channel using the supplied brackets, making installation easy. QUIDNON's pilot house roof can accommodate 8 of these, with room to spare: 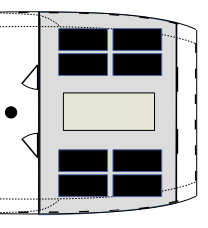 Then there is the question of where to store all this power. My solution, which I know works well from experience, is to use Trojan T-105 6V 125Ah batteries. I plan to put 8 of them, in 2 banks, in a large, plastic-lined, vented battery box down in the bilge, under the cabin sole. 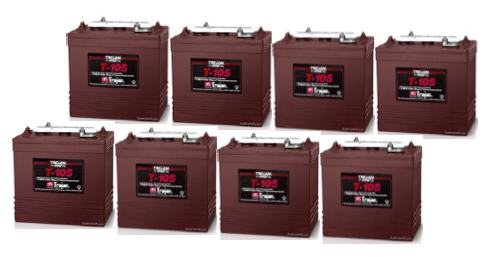 The two requirements for the battery enclosure are that it must never leak acid into the bilge, and that any hydrogen gas generated while charging is vented overboard (hydrogen is explosive under a wide range of concentrations and its flames are hot and invisible).

With all the sundry pieces added in (charger, charge controller, inverter, shore cable and plug, circuit breakers, wiring and outlets) the budget for the entire electrical system comes in just under $6,000 or 12% of the total budget, which is quite reasonable for a comfortable off/on-grid set-up.

There is one caveat that needs to be made with regard to all electrical/electronic systems, which is that they all work until they don't, and when they stop working there is nothing to be done but replace the component that failed. In this they are quite unlike most other parts of the boat, which can be repaired, finessed, jury-rigged, stitched up, plugged up and so on. All can be said about the reliability of an electrical system is that it works at the moment, but this is no guarantee that it will still be working the next moment, no matter how "reliable" it's supposed to be or how much you paid for it. Thus, there is no way to design anything electrical to last for the life of the boat, and there is nothing to be done about it.
Posted by Dmitry Orlov at 12:00 AM